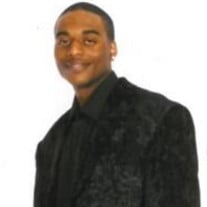 Mr. Shannon Phillip Elijah Wright was born in Denver Co. on February 27th 1992 to Allison T. Wright and Darvin R. Altman. The eldest of Allison’s children, Shannon proved to be quite an interesting person. Surviving both pre-birth surgery with his om and a car accident that had him pinned between the garage door and the bumper of the car. Oh, we remember it well. But it wasn’t his time yet. For Shannon had greater things to do. Shannon would often take things apart to see how they operated. He was an all around handy guy! He would work so hard for his money. If he knew he was getting paid, Shannon would work hard and always took such pride in whatever he did. Shannon loved money. At age 5, Shannon had his 1st experience with death when he lost his baby sister. Even though it was rough Shannon always said she was his guardian angel. Shannon was an extremely bright and intelligent kid. At age 6 he won an award for Colorado Kids presented by the Mayor of Denver. He was honored for his extremely high test scores and his streaks of consecutive honor rolls. Shannon often took fishing trips with his 1st cousin Shaquwan and his grandpa whom he affectionately called “Paly”. Shannon played football for Montbello Falcons and Prince Vall! As Shannon got older he moved to Canton, MI to live with his grandmother Ms. Val. He came to know why he loved money so much. He recorded a mixted tape while out there and successfully graduated from Salem High School in Canton, MI in June 2010. We were all so proud of him. Shannon did various jobs as he could do ANYTHING!! He found his nitch in construction. Always rising to leadership roles. Shannon continued recording music alongside his mother, his boys, Yonick, Meeg, Weenut, Vonny and many more. He could rap and sing anything. Always noted and remembered for his birthday songs. If it was your birthday he was sure to call you at 7AM in the morning singing “Happy Birthday”! Shannon was blessed with Sei’Real LaWonn Wright on June 3, 2015. He was an extremely loving and devoted father. In 2017, Shannon rekindled a friendship with Audrianna Edwards and soon the two were inseparable. In September 2020, they welcomed their baby girl Amayzn Tamar Marie Wright. They were married in February 2021. They are expecting their 2nd child in October 2021. Shannon gave his life to Christ shortly before his passing. He was a member of OMG Ministries under his grandparents Richard and Wynona Wright and Felicia Hill-Smith. Shannon loved music, art, fishing, eating and dressing lookin’ fly! His music will Forever be in our ears and hearts. His unselfish love will forever be missed. Parents: Allison T. Wright (Aurora, CO.) Darwin R. Altman (Detroit, MI) Grandparents: Overseer Richard P. Wright (Pastor Wynona) Aurora, CO. Valerie Clark-Brown (Detroit, MI) William “Billy” Clark (Ypsilante, MI) Darwin Dunbar (Westland, MI) Wife: Audrianna Edwards (Denver, CO) Children: Sei’Real LaWonn Wright (Thornton, CO) Ariyah Jordan & Amayzn Tamar Marie Wright (Denver, CO) And a lil’ bun in the oven Siblings: Raijuan G. Morgan (Aurora, CO) Davonta Songbird (Denver, CO) Micheal Tucker-Altman(Farmington, MI) Peaches Altman (Alt, MI) Karim and Dasir Yarborough (Kalamazoo, MI) Isaac Altman (Detroit, MI) Proceeded in death by: Sister: Brooklynn Breshelle Morgan Daughter: Mayah Narbin

The family of Mr. Shannon Wright "Dough" created this Life Tributes page to make it easy to share your memories.

Send flowers to the Wright family.