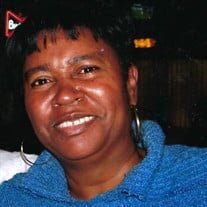 Christine “Chrissy” Patterson, 69, of Aurora, CO passed away on January 11, 2021. Christine was born on April 6, 1951 in Edin Oklahoma to the late Edith Harper-Patterson and Aaron Patterson Jr., the seventh of ten children. Christine’s spent her first seven years in Oklahoma then moved with her family to Denver CO. She attend East High School. A talented singer, songwriter, Chrissy played the keyboards and organ. In high school, she was a member of a girl group, the “Temptettes” who won several local talent shows. She performed in Vegas and enjoyed travel as a flight attendant with Frontier Airlines for a few years. Christine, a loving mother, wife, sister, aunt and friend is survived by her husband of 17 years, Ron Carpenter. They met during the 2003 blizzard that dump almost three feet of snow in Denver; and yes a car was involved. She is also survived by her daughter, Candise Baker, Durham, NC; and two granddaughters Ahlexas Hughes, San Diego, CA and Mersades Patterson. She was preceded in death by her son Shawn Richard Patterson and niece, Tameisha Page. Christine suffered a series of strokes that affected her mobility and speech, but her spirit and smile never changed. She entertained herself with the largest collection of movies you’ve ever seen. She leave to cherish her memory, husband, Ronald K. Carpenter, sisters, Ladonia Graves, Patricia Patterson both of Aurora, CO and Vetha Perkins, Port Hueneme, CA and her mother-in-law, BeeDee McGraw, Anaheim, CA. A host of nieces, nephews, other relatives and friends mourn her passing.

The family of Mrs. Christine Patterson (Chrissy) created this Life Tributes page to make it easy to share your memories.

Send flowers to the Patterson family.